An investigation into allegations that a former Florence Police officer dealt methamphetamine went nowhere despite the probe finding that the claims were “credible.”

Last month, Phoenix New Times reported on how Michael Phillips, a former officer with the Florence Police Department, resigned from his position in March 2020 after an investigation began to look into allegations that he distributed meth and traded drugs for sex.

Now, records obtained under state public records law show that soon after the investigation began to show that the allegations might have merit, Phillips resigned and Bruce Walls, chief of the Florence Police Department, ordered the investigation halted. The case was never referred to the Pinal County Attorney’s Office for potential criminal prosecution.

Walls has refused to comment publicly on the case.

The episode stems from allegations that Phillips acted inappropriately while responding to a traffic accident in Florence early last year. The behavior was so concerning that the man who witnessed it reported it to the Mesa Police Department, who then passed the information along to Florence police. 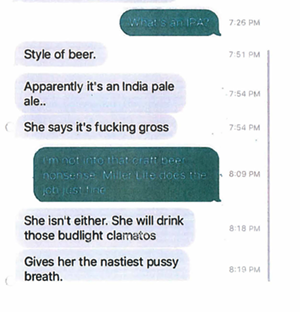 According to a Mesa police report,  the witness encountered Phillips at the scene of a car accident on January 23, 2020. Phillips allegedly used profanity, acted erratically, and showed a nude photo of his wife to the witness. Phillips obtained the man’s phone number at the scene, then sent him odd text messages later in the day that the man said made him feel uncomfortable.

In one message, Phillips asked Gates what kind of beer he drinks before stating that his wife drinks “budlight clamatos” which give her the “nastiest pussy breath.” In a later meeting with a Florence police sergeant, the witness stated that he believed Phillips was impaired that day.

Around the same time, Florence PD received reports that Phillips was distributing meth. During the execution of a search warrant at a Florence home, a woman who was there, Tiffany Teer, said that she wanted to disclose information about a Florence cop who was dealing meth, according to the records.

Teer claimed that in July 2019 she was in a car with her boyfriend, Tony Scollick, when they were pulled over by Phillips. Scollick went to the officers’ vehicle and returned with two “eight-balls” (roughly seven grams) of meth; Scollick also told her that the officer, Phillips, was his drug supplier.

Records show the department became aware of another woman who had previously told a Florence  officer in a Facebook message that Phillips was giving Scollick drugs in exchange for sex with a past girlfriend of his.

Scollick ended up in the Pinal County Jail in January 2020 after getting indicted on felony charges related to theft and stolen property, and he requested a meeting with a detective to share information about Phillips. During the interview, he claimed that Phillips had “befriended” him several years ago. He corroborated Teer’s account of the traffic stop and said that Phillips “gave him several ounces of methamphetamine to sell.” Scollick said that sometime in July or August 2019 Phillips picked him up and drove him to his house in San Tan Valley. Scollick said he spent three days there and observed Phillips and his wife using meth and inhaling nitrous oxide “whippets”. Phillips and his wife also recorded a video featuring them “engaging in sexual activity,” he said. Additionally, he claimed that Phillips provided him PCP on a different occasion.

Faced with this information, Chief Walls asked the Avondale Police Department to assist in conducting an administrative investigation while Phillips was placed on administrative leave on February 8, 2020. 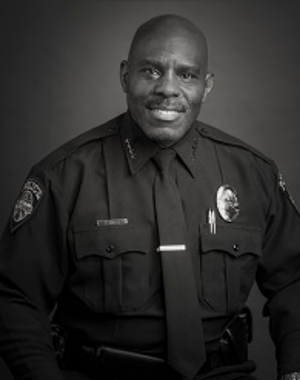 Photo via Town of Florence

Sergeant Bill Rademacher, an Avondale investigator assigned to the case, conducted his own interview with Scollick at the Pinal County Jail on February 20. Scollick, who wanted to make a deal to reduce or dismiss his current criminal charges in exchange for his cooperation, successfully charted a route to Phillips’ home on an unmarked map and diagrammed the layout of the house. Rademacher asked him to describe any tattoos that Phillips had on his body that wouldn’t be visible unless he were naked; Scollick apologized and said that he couldn’t because he was “high during the [three] days he was at the residence.” Scollick also offered to show Rademacher Facebook messages between him and Phillips and a “encrypted application” that they used to communicate.

During a February 26 conference call between Rademacher, Chief Walls, and staff with the Pinal County Attorney’s Office, Rademacher told them that he had “credible information that the allegations were true.” The staffers from the prosecutor’s office agreed to look into cutting a deal with Scollick and Rademacher proceeded with his investigation.

Then, on March 4, Chief Walls requested a meeting with Rademacher. During the meeting, Walls handed him a copy of a resignation from Phillips’ and said “that he wanted me to end my investigation,” Rademacher’s report states.

The report ends there, with no definitive finding on the allegations. Florence police forwarded the case to the Arizona Peace Officer Standards and Training Board (AZ POST), the entity that manages certifications for law enforcement officers in the state, but the board declined to take any action against Phillips — meaning that he is still certified to be a police officer in Arizona — citing a lack of sufficient information in the case. Meanwhile, Pinal County Attorney Kent Volkmer told Phoenix New Times last month that they never received a referral from Florence police for the case and that no criminal charges were filed against Phillips. Scollick, meanwhile, eventually plead guilty to one count of felony theft on January 8, 2021, and was sentenced to supervised probation, according to Pinal County Superior Court records.

Benjamin Bitter, a spokesperson for the Town of Florence, defended the police department’s handling of Phillips case in an emailed statement.

It’s unclear if any criminal investigation into Phillips is taking place. Bitter declined to comment further when asked if the Florence Police Department had requested any other agency to conduct a separate criminal investigation. Jaret Redfearn, an Avondale police spokesperson, referred questions about the possibility of a criminal case back to Florence.

Phillips previously made the news for an alleged misdeed in 2011, after first starring in an Arizona Republic profile of three new police recruits in Surprise the year before.

Originally from Missouri, Phillips managed a McDonald’s franchise with his father for more than 17 years before being hired by Surprise police in 2010, the Republic reported back then. He got into trouble in his first year on the force.

In April 2011, Phillips, who was 39 at the time, was arrested by his own department on suspicion of driving under the influence and endangerment, an April 13, 2011, Republic article details. He had reportedly hit another car with a child inside right after he dropped his own kid off at school. A breathalyzer detected no alcohol in his system, but a drug recognition expert concluded that he was inebriated by some sort of depressant. He left the Surprise Police Department the following month.

Florence police hired him in 2013. According to his personnel file, also obtained by New Times, he scored decently on annual performance evaluations. But he was admonished in July 2019 for driving at 83 mph in a 45 mph zone and for giving a detained suspect a mop and bucket to clean up a dirty cell. The suspect had been arrested for a violent crime and Phillips’ decision amounted to giving a potentially dangerous person, in the words of the sergeant who cited him, a “weapon!!”. As of 2017, he was making around $60,000 per year, according to govsalaries.com.

Inside the department, Phillips’ colleagues were suspicious that he was a heavy drug user, a former officer with the Florence Police Department who declined to be named told New Times. In 2016, his peers started noticing a change in his personality and that he was “bulking up,” causing rumors to fly that he was using steroids, the former Florence officer said. But no one suspected him of being involved with hard drugs like meth back then, he said.

Roughly six months before Phillips left the agency in March 2020, the former officer said that employees noticed Phillips was showing up to work visibly inebriated. But Dan Hughes, who was the police chief at the time, allegedly rebuffed attempts to address Phillips’ behavior.

“There were a couple of times he showed up and even the supervisors were like, ‘hey he’s high’, and they would try to send him for a drug test but the chief wouldn’t allow it,” the former officer said. “The cops there knew something was wrong and he was being protected.”

Dan Hughes did not respond to New Times’ request for comment.

In a memo dated January 28 discussing allegations that Phillips was dealing meth, the investigative report shows, a Florence Police Department officer similarly implied that past complaints about Phillips’ conduct had been voiced to management but were shot down while Hughes’ was chief.

“It should be noted, this is not the first incident,” the memo states. “Due to the prior administration, we were advised that no further complaints against Officer Phillips would be heard.” 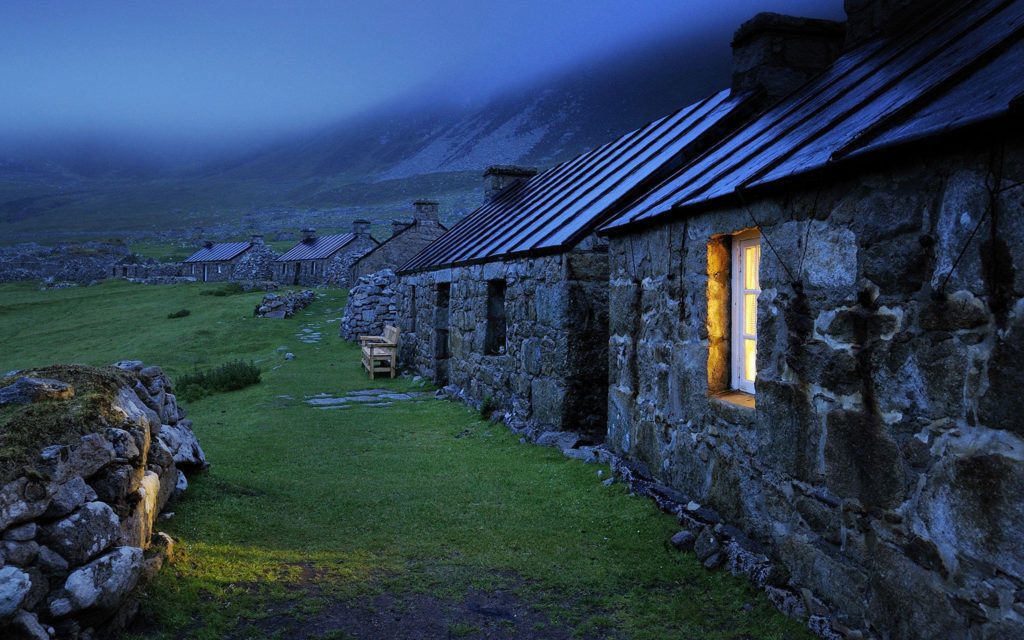